I own a pebble and I really like it. I guess by now everyone knows that Pebble is no more having been bought by Fitbit.

I have produced a real time cricket score app for the pebble called wrist-spin. Even though Pebble is no longer an entity I still have one and use wrist-spin all the time so I will continue to support the app until my watch breaks.

I’ve released a new version of wrist-spin. This release fixes a couple of minor bugs that were annoying me, for instance it did not vibrate when the last wicket in an innings fell. I have also added support for the watch quiet times which was one of the last additions to the SDK.

The app does not use any Pebble back end services and it can make use of any of three data providers (selectable on the watch) so hopefully the app will continue to work for as long as people still want it. 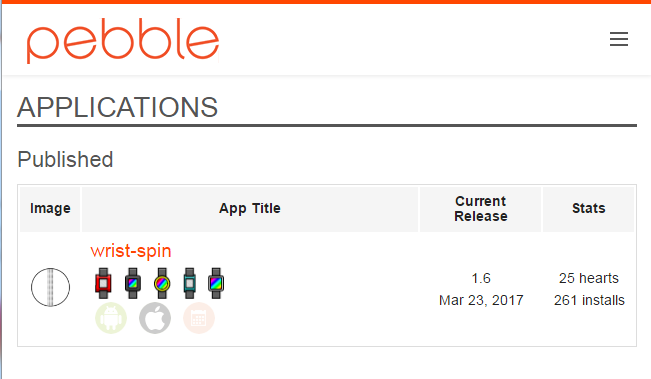 It would appear that people are still using the device. At the end of last year there were 208 active users and even though Pebbles were no longer available the user base has expanded to 261.