In a previous post we completed all the basic tasks building and publishing an app for Android using Xamarin Android. Part of deploying a mobile app includes the ability to be able to monitor crashes and report on analytics.

There are instructions for setting up Crashlytics but essentially you create a project in the developer console, download the generated google-services.json and add the file to your project

There is a small gotcha as explained here, but if you add this string to your resources then all should be well. 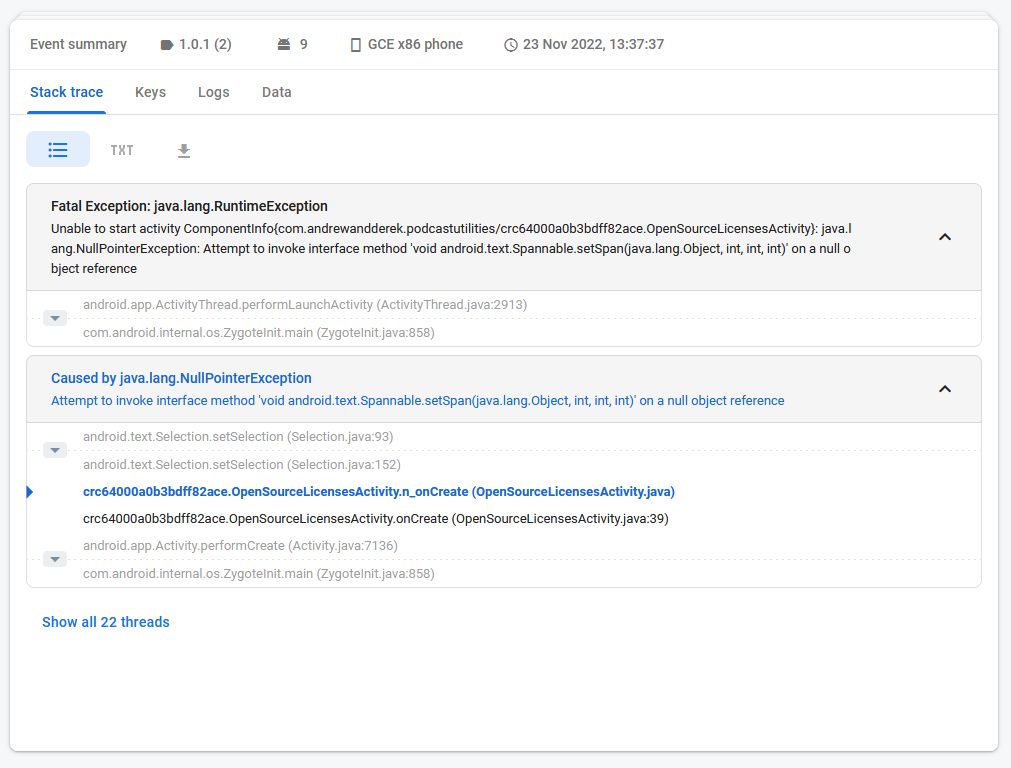 The stack trace is a little mangled almost certainly caused by passing it from .NET to Java environments

The main issue with using Google Analytics and Firebase Crashlytics is that it ties you into using Google Play Services and that means that you can only run on Google’s Android, Amazon Fire OS and Windows Subsystem for Android are not available without hacking.

Microsoft AppCenter is an free alternative from Microsoft that, amongst other things, has AppCenter Crashes and AppCenter Analytics that are direct replacements that work in all Android forks. 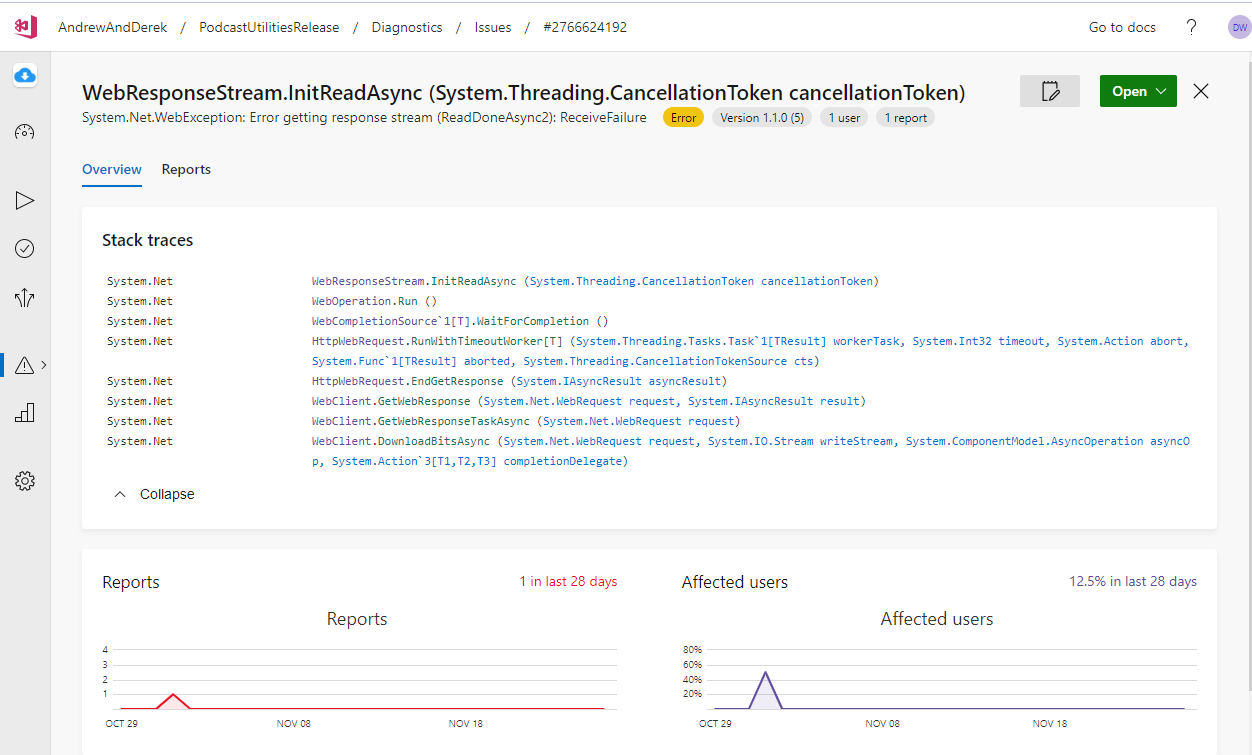 Both mechanisms work pretty much as you would expect